Greesia is an AWP Battle map in Counter-Strike Online.

During a fight near the Greesia Museum the Counter-Terrorist team moves into the museum to back up their snipers but happen upon the Terrorist sniper team. Since communication with the back up squad was disrupted, both teams have to trust in only their weapons for the fight.

Goal: Get rid of all of the opposing side's snipers. 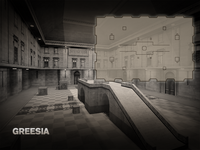 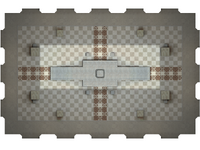 Map overview
Add a photo to this gallery

Retrieved from "https://csoturkiye.fandom.com/wiki/Greesia?oldid=4824"
Community content is available under CC-BY-SA unless otherwise noted.