M136 AT4 is an equipment in Counter-Strike Online.

Vanguard Company's anti-tank rocket. AT-Lance is designed with a very strong firing power towards heavy weapon. This weapon can only be used in Human Scenario Mode. Purchase it at 'equipment' slot in purchase weapon menu with dollar. It will be used as a main weapon.

This weapon was released alongside WA2000, Human Scenario, Desert Storm and Sentry gun on 19 March 2014. 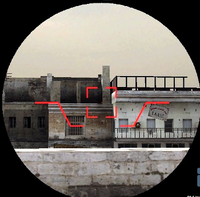 Singapore/Malaysia poster
Add a photo to this gallery

Retrieved from "https://csoturkiye.fandom.com/wiki/M136_AT4?oldid=4710"
Community content is available under CC-BY-SA unless otherwise noted.